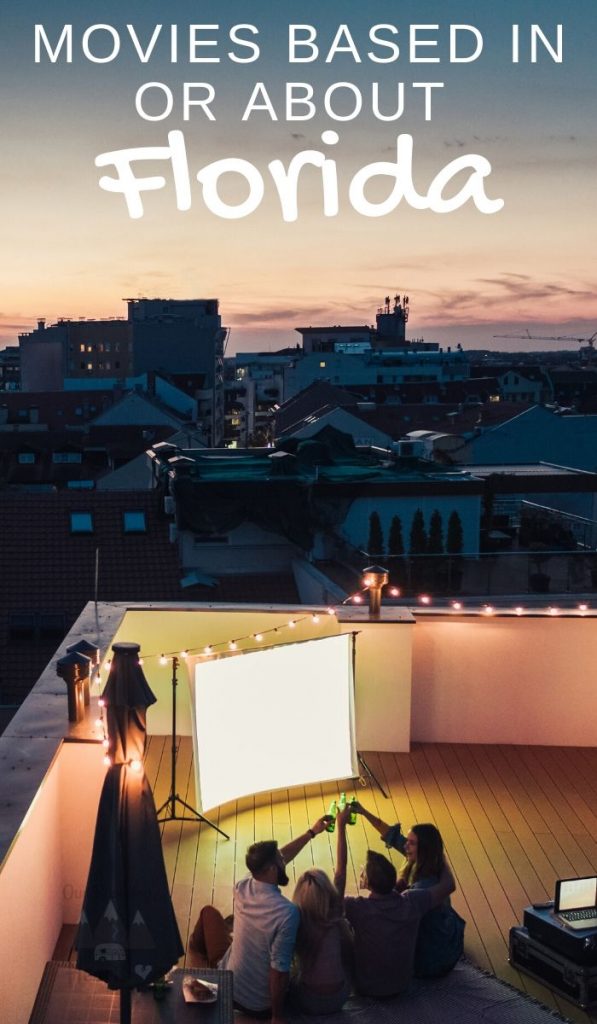 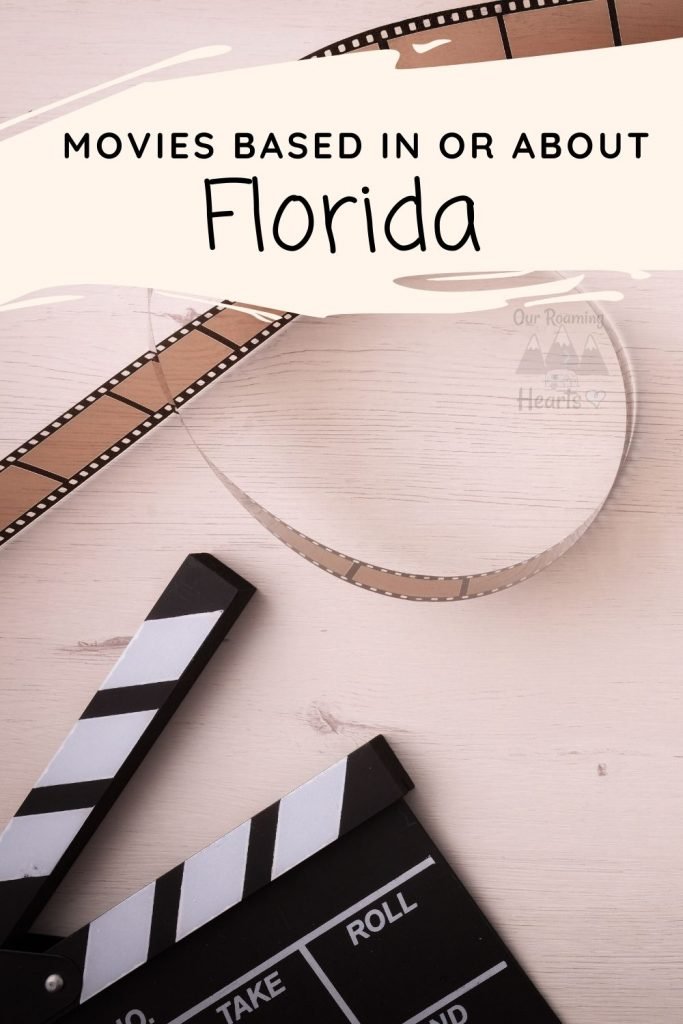 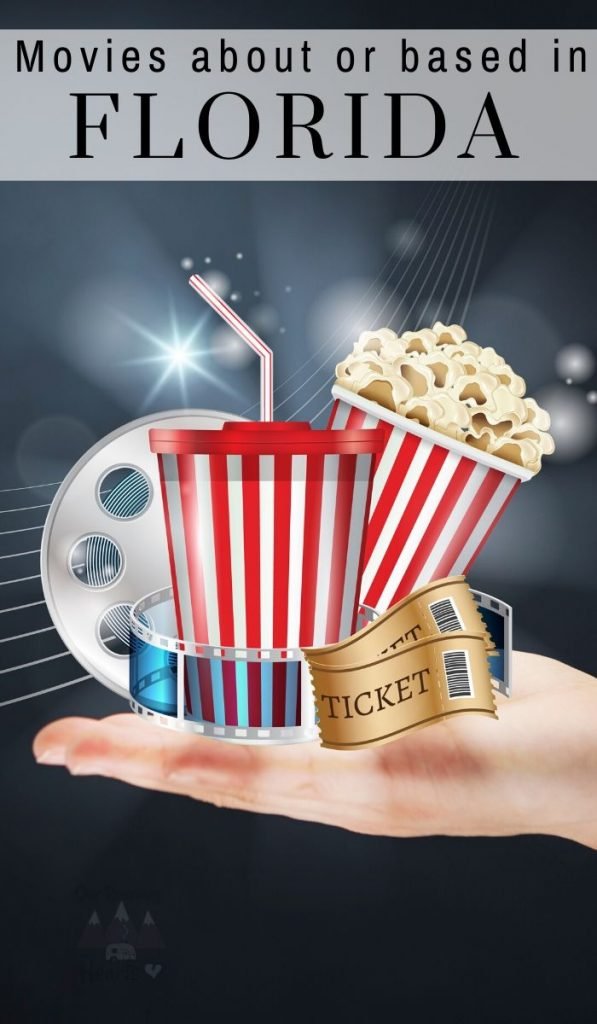 We are continuing out Florida Unit Study by adding in Florida Movies. These are movies about Florida, Set in Florida or Filmed in Florida. 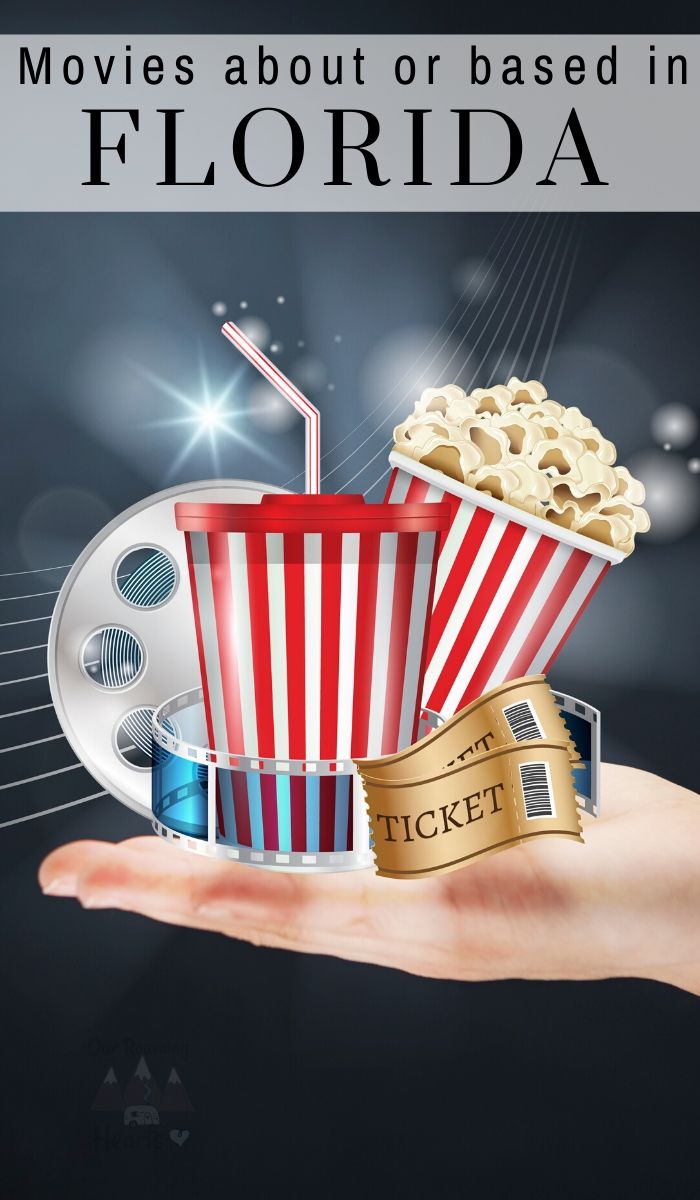 The Best Florida Movies You Need to Know About

I grew up in Southwest Florida so I was excited about teaching my kids everything  I learned about growing up. I am also busy putting together my field trip list!

The Best Florida Movies for Adults and Kids

Passports to Explore: “In this program, we find our hosts smack-dab in the United States amusement park central, Orlando, Florida. Lexi, her friend Laura, and her little brother Vincent decide that there is so much more to do in this amusement park city. They find excitement, history, and fast-paced thrills that everyone should add to their vacation list. They also learn some valuable lessons about the local wildlife.”

Florida Endangered Alligators: “Killing the gator is a violation of state and federal laws, except where a person’s life is in direct danger. Learn more about this swamp loving creature.”

Florida Keys Adventures: “Episode 1 of 6 of a Travel show about Key West. Designed to help a tourist maximize their time and money when visiting Key West. Segments include Mel Fisher’s Maritime Museum, Jeff Small boater interview, Fort at East Martello, Diving the Vandenberg, Out and About Key West includes transportation, lodging, etc. In between, Historians entertain with interesting bits of Key West history.”

The Florida Project: “Set over one summer, the film follows precocious six-year-old Moonee as she courts mischief and adventure with her ragtag playmates and bonds with her rebellious but caring mother, all while living in the shadows of Walt Disney World.”

Dolphin Tale – In an inspiring story of the bond between animals and humans, a boy named Sawyer discovers an injured dolphin, who is brought to a marine hospital and named Winter. Unfortunately, her injuries cost Winter her tail, without which she may not survive. But with Sawyer’s devotion, a marine biologist’s (Harry Connick Jr.) and the brilliance of a prosthetist (Morgan Freeman) charged with creating a new tail, Winter may receive a second chance at life.

Dolphin Tale 2 – Continuing the story of the brave dolphin Winter, several years have passed since young Sawyer Nelson and the dedicated team at the Clearwater Marine Aquarium (CMA), rescued Winter. Now they are saving a baby dolphin named Hope nad inturn both dolphins save CMA.

Marooned  Gripping, yet starkly realistic, the portrayal of three astronauts on an extended special mission who find themselves unable to re-enter the Earth’s atmosphere. As the oxygen supply diminishes, the stranded astronauts must face the inevitability of death.

Cocoon Three Florida retirees discover a fountain of youth thanks to friendly aliens from another galaxy in this fantasy.

The Hawk is Dying George Gattling’s unsatisfying life is transformed by a family tragedy, sending him into a battle of the wills with a wild red-tail hawk.

The Paperboy     A reporter returns to his Florida hometown to investigate a case involving a death row inmate.

There’s Something About Mary Thirteen years after literally zipping his chances with his lovely prom date, a good-hearted guy sets out to find her in this hit comedy.

Related: Must Watch Movies that will Move Your Wanderlust Soul

Movies Based on True People or Events in Florida

American Experience: Walk Disney – Learn about Walt Disney and the parks that made Orlando famous.

Meeting #FloridaMan A documentary meets some of the most infamous Florida Men that make the viral news headlines.

Panama City before The Hurricane Discover this beautiful beach community and it’s rich history before it was ravaged by Hurricane Michael in 2018. Many of what is captured in this film no longer exists.

Travel with Kids: Florida – Follow the Robert’s family as they explore family attractions and natural wonders in Florida.

Florida Rails – Trains of the Sunshine State  – We all know Florida for its famous theme parks but whilst on holiday why not experience the rich diversity and modes of railroading on central Florida’s A-Line (Atlantic Coast Line) and S-Line (Seaboard Coast Line). Also captured is the most photographed and chased unit train in Florida, the Tropicana Juice train.

Florida Keys: Real, Blue, and Chill – Join host Chad Crawford as he takes viewers on the ultimate road trip to explore the Keys’ five distinct regions: Key Largo, Islamorada, Marathon, Big Pine and the Lower Keys and the irrepressible Key West. The Florida Keys: Real, Blue & Chill is a visually stunning, action-packed one-hour special that shows viewers how to make the most out of your next visit.

What Florida movies do you love to watch?